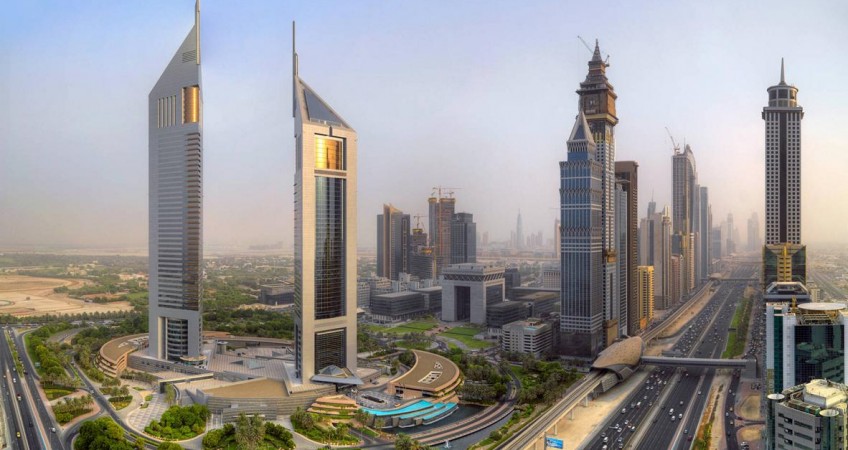 Now that the battle of the area to be present in the international economy headlines two great powers compete for it (Iran and Saudi Arabia), should not  forget this small great country: United Arab Emirates.

The economy of this Nordic of Arabia (see article Fjords of Saudi), United Arab Emirates  (UAE), is the most diversified within the Gulf region. This diversification has become especially important since the middle of 2014, with the fall of oil prices. And a relevant fact is that in 2015, only 30% of GDP and 20% of exports come from revenues for oil. This level relatively high economic diversification has made the country less vulnerable to the shock in the oil price.

H.E. Sultan to the Mansoori Minister of Economy, he recently explained to the newspaper United Arab Emirates the National strategy to reduce the dependence of the country’s oil revenues over the next decade, insisting that the innovation, manufacturing, tourism and financial services would be the focus of the next phase of economic diversification. ”Although the country it has diversified successfully throughout its history – when it was founded, oil revenues accounted for more than 90 per cent–the aim is to reduce the proportion of GDP revenues of around 30% power (2015 data) to the” 20% in the next 10 to 15 years “ Minister said.

Although the services with the tourism sector and the financial sector to the head are an important part of the economy, the country committed to increase non-oil revenues of innovation and efficiency in industrial processes. It is an approach towards the new manufacturing industries, and where appropriate to chemicals and polymers, with the aim that the attraction and development of key industries for the country to act as catalysts for economic diversification.

Diversification efforts have helped the UAE to build up strong financial reserves that allow the Government to continue to support other sectors of the economy that are not related to the black gold.

EAU could continue with the current phase of low oil prices and without big cuts in the budgets of Governments and the public sector. Recent Cabinet sources have stated that “the federal budget only will be trimmed a small amount, which shows that we can move forward without too many problems”.

However, this situation does not make the country completely immune to the falling prices of crude oil, since two-thirds of its revenue comes from hydrocarbons, and especially for the Emirate of Abu Dhabi who has large reserves of the country facing Dubai, hub and financial services in the country. And on the way toward an economy less dependent on the energy sector, the Government has decided to implement fiscal consolidation as well as removing some subsidies to energy. Not to mention the possible introduction of taxes in the UAE. As to what Mr. to the Mansoori commented that: “would have to take into account the policy of the countries of the Gulf (GCC), but it is something that serves the interests of the” Government and the people, so is something that will take place, as in many other countries of the world “.”

What is noteworthy and of interest to Basque companies is that the business environment of the country benefit from high productivity, excellent infrastructure, strong connections with international markets and a private sector dynamic. Key factors that support the development of sectors such as trade retail (being Dubai Middle East showcase), the tourism sector and trying to capitalize on the initiatives of the Government in developing an innovative industry and future projects of interest to Basque companies.

Contribution to the GDP of the UAE. Source: National Bureau of Statistics UAE

As we can see, 16% of GDP comes from manufacturing without forgetting sectors like transport and communications, or the construction and trade. And although much trade flow is eastward, Europe continues to occupy second place with 20% of total trade and leaving competitors such as the Americans with only 8.7% of the total number of transactions.

And the fact to be expected that the Government of continuity to the investment in such activities, United Arab Emirates will remain an economy, though small, if very attractive and the spearhead of the region to international businessmen and investors.