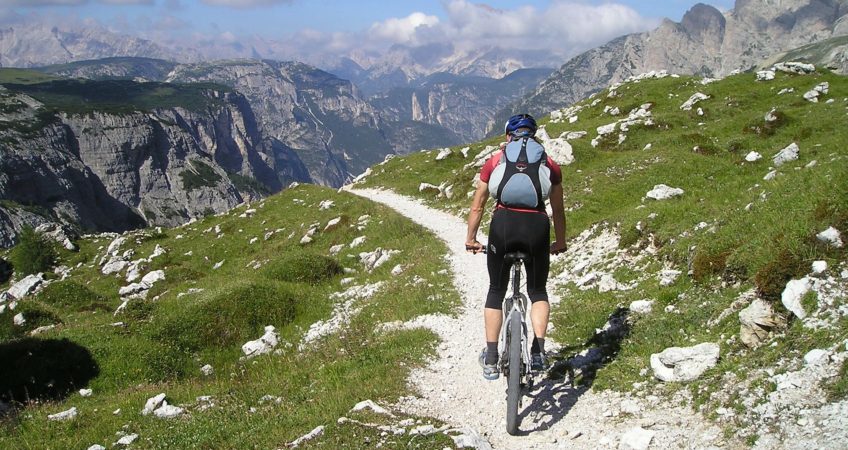 Mikel Zubieta and Jon Madariaga, two young Basque engineers, founders of Zuma Innovation, are about to fulfill a dream: see how prototypes of mechatronic systems of high added value for bicycles of high range they have created are manufactured. The road has not been easy and yet much remains to be done .However, they have already secured funding. Soon will begin the implementation of its Assembly factory and will hold meetings with the leading manufacturers in the sector to establish its patent licensing agreements.

Jon Madariaga, director of business, and Mikel Zubieta, technical director, met while studying engineering. Both have worked in research and development of devices with mechanical and electronic part, which is known by Mechatronics. But something was missing them.” Saw ideas that could generate impact on the market was abandoned due to lack of a company suitable for their development or because the process began without properly studying its commercial potential”, explains Madariaga. Two engineers raised is to launch his own company, taking advantage of its experience in the development of mechatronic systems, but without forgetting your hobbies and interests. Thus,” we saw an opportunity in the bicycle market, now that every day are introduced more electronic novelties, electrics are on the rise and we are fond of this sport.” 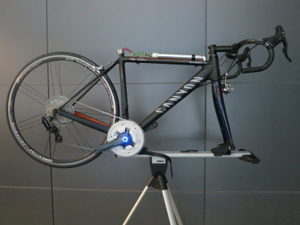 The initiative has been successful. Zuma Innovation has already developed two products. The first is a system of change of course for road bikes smooth and efficient, allowing a greater range of transmissions with smaller jumps, as well as being easier to use. They have three European patent for this product.

The second is a rear cassette for MTB (mountain bike) similar in lightness to the high-end of the market products but with a design that allows its manufacturing with a cost of mid-range. The development of this product has also given rise to a patent.

The idea has already been tested between known bicycle enthusiasts and professionals of this sport. “All have indicated us that ideas have much sense, what makes that we trust that the idea is good, that it’s better solutions than any of the ones that exist in the market”, says the director of the company’s business. However, it also notes that “a good concept to a good product there is a leap, a great work to be done, and we are”.

Zuma Innovation raises to market their products through two different business models. In the case of the Group of transmission for road “we would need a million dollar investment to start the project. It is the most important element of a bike and made it the leading manufacturers such as Shimano, Sram and Campagnolo. Among the three monopolize 85% of the market”, explains Madariaga.

Although the initial idea of the partners was to launch the product under its own brand, after attending a brief acceleration process, as a result of having been one of the ten winning startups of the competition Mass Challenge-Biscay, in Boston decided that it was more correct the path of the license. “We have three patents for this product, covering innovative aspects of the concept and we have decided that the OEM (original equipment manufacturer) market is the appropriate”. Thus Zuma Innovation intends to license the patent for this product to major manufacturers, so they sell it under its own brand. Zuma already has raised several meetings this spring with the big brands, once the new prototype being developed to study the possibility of establishing some sort of license agreements. 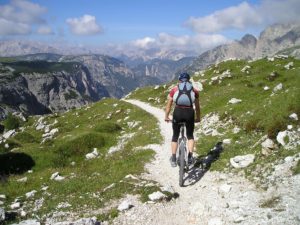 In the case of MTB rear cassette, the approach is different. It’s a simple and affordable product to make a small company take to market marketing it under its own brand. “Our idea is to introduce it into the market aftermarket or accessories-market for selling the product individually by different routes, as in store, online, etc”, explains the director of business. The company is already developing new prototypes of this product and works with several manufacturers to develop them parts that would later mount Zuma and would commercialize under its brand name.

Madariaga explains that the decision to enter the market via this route is taken because “it is more natural for a company like ours”. In addition, “bicycle fans are fickle, like improving your vehicle, especially for the high-range. Many people buy the bike and over time improve different elements by buying the products individually”.

However, although cassette high-end MTB in the aftermarket market cycle, launch at first gradually, according to gain volume in the market, they would also work on OEM, “selling editions of the product to the major brands manufacturers of bicycles”.

So far the two founders of Zuma have “resisted” with their savings and various grants and subsidies from the provincial Government of Biscay and of the European Union, which have managed to develop prototypes.

“Once we saw that Yes it had sense to reach market products, opened a round of investment.” We have attended different forums of investment, to events for entrepreneurs, to meetings with private investors and banks, we have contacted many agents operating at the State level. At the end we saw that for a company like ours is difficult to find financing, because we have a good concept of product, but not numbers of traction. The most natural way to get funding for a company like ours is through people interested in the world of bicycle who understand the benefits of our products and want to take the risk”, says Jon Madariaga, for what they have the cooperation of Globalik in the search for private investors as an alternative to traditional financing.

Finally, Zuma has obtained funding through an inverter semi-public, such as management of Capital risk of the Basque country (SGIC), a group of investors related to the world of bicycle and a participatory ENISA, subsidiary credit of the Ministry of economy, industry and competitiveness, which participates in the financing of viable and innovative business projects.

Madariaga recognizes that the process has been difficult, since the requirements for funding are hard, but that they have managed to solve this thanks to the fact as a guarantee that “the idea, our product, it is sufficiently disruptive, as it” They show the four European patents that we have, something that has opened us enough at the time both consider meetings with investors to deal with ENISA and to obtain grants“.”

In addition to finalize meetings with large companies that dominate the OEM market, develop new prototypes and get to close agreements with manufacturers for the production of pieces and elements for the aftermarket market for cassette, the Zuma partners have other projects. ”Want to start the first series of cassette manufacturing by the end of this year and launch the product in the European market in different fairs”. The road would present it in different fairs and attend competitions, in such a way that “generate put the spotlight on our product”.

In addition, Zuma Innovation will renew their facilities. ”So far we have worked virtually from home,” indicates Madariaga. ”But soon we are going to install a local in Vitoria.”

The future of Zuma Innovation is laborious, something to which the two partners are not afraid, as they have shown so far. With economic help and a little luck can go very far. Work and enthusiasm have extra.