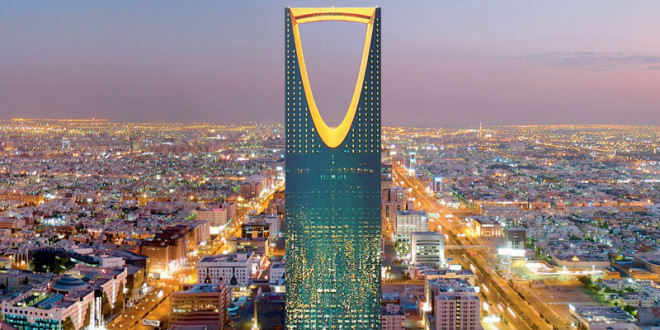 Less than a month ago the Government of Saudi Arabia announced that the country opened its borders to international investment.

In this way was made public the intention of the monarchy headed by King Salman bin Abdul-Aziz To the Saud and Mohammed Bin Salman, Crown Prince, extend the economic modernization process in which the country is immersed, and is known as program Nitaqat – Vision 2030 and the national programme of transformation (NTP), whose main objectives are to remove the dependency of the country with respect to the sale of oil, increasing non-oil revenues and employing more Saudis.

Plan B of  Saudi  Arabia

The fall in the price of oil is having a major influence on the monarchy of Saudi Arabia and his advisers. It seems logical to react if the product that makes up more than 87% of its exports (oil) happens to be worth half of what was worth only two years ago (has gone from values of 110 dollars in 2014 to cost around 38 dollars currently). For this reason, the Kingdom of Saudi Arabia has begun to react and find alternatives starting to incorporate certain elements that characterize the economies of market, such as opening up to foreign investment or developing the securities market. In the latter the development of market shares and debt through the incorporation of new quotes and products is key to help inject more money into the economy.

Moreover, the country already boasts of having a banking system so strong that it has not been affected by the global crisis. Although this also has much to do with the disconnect that it has traditionally had with the global financial system. Even so, the financial sector is among the most recommended by experts to invest in the country, together with the attractive companies of telecommunications or the real estate sector.

In the case of the opening of trade, the new step involves lifting barriers for international investors in the commercial sector. From now on, they can operate in the country without having a local partner. “foreign companies can invest in the / the trade sector (s) to the wholesale and the retail with 100 per cent ownership of the business ‘ declared the Saudi Press Agency, when the limit of investment previous foreign was at 75%.

Saudi Arabia had given its first steps towards internationalization and opening their markets with the ingress in the World Trade Organization in 2005, but the decision of eliminate the need for local partners to international investors is part of the Vision 2030. The plan is supported by various programs and reforms that pivot on three pillars which are prosperous economy, dynamic society and an ambitious nation. And economic objectives we have the importance of foreign investment direct or privatization. But, as we can see, the plan addresses important social and cultural reforms as well as economic changes ranging from the intention to privatize health care and educational services to modify laws to promote the release of the women.

All these changes have put the country in the crosshairs of many international investors although recently the terrorist events overshadow the potential of one of the largest economies in the middle.

In this line is part of the Spanish strategy that has intensified bilateral trade relations and contracts obtained by companies from the 2010 Spanish in recent years have exceeded 17,000 million euros.

Sales focus in Basque key economy sectors as automotive, railway, equipment for the petrochemical industry (pipes, fittings and valves), iron and steel products, etc. In the period 2011-2012 have increased by 16.5%. On the other hand, imports have decreased 31%, especially purchases of chemical products and plastics.

And, although the country’s economy is still based its huge energy resources, other sectors have great commercial opportunities as it could be the program of privatization gradual  of State-owned enterprises, in a context such as air-transport to , the desalinization of the waters or the port management. Although from other sectors of activity with great opportunities, as the construction that employs 39% the village of the active population.

And goods imported in the Basque Country by the Arab country also include articles of the foundry, bearing in mind that (as it could not be otherwise in a country blessed with oil) other incentives to settle in the country is the low cost of the power.

With this news, despite the instability in the area is latent to that the Saudi Government has begun to step on the accelerator to be able to approach the position of other countries and markets in the Gulf ( ) Ex. (  UAE, Qatar). And, especially now that another giant of the area (Iran) it seems that it has joined the dispute by the economic dominance of the region.

And, before the economic situation, I hope that Basque companies can capitalize on new opportunities of business and direct investment (commercial deployments) that open in the sovereign Arab country.