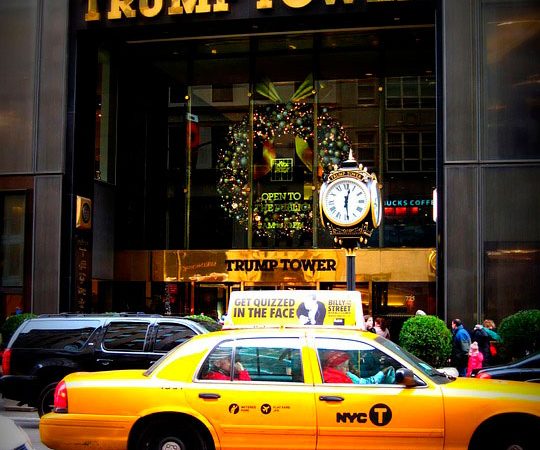 November 9, woke up with the unexpected news of the victory of the eccentric Tycoon in American presidential elections by opening a period of economic uncertainty worldwide and  local. And yesterday, January 20, 2017, witnessed the inauguration of Donald Trump as the 45th President of the United States.

United States has for decades been the leader of the global economy, as well as some of the main guarantor of its openness and globalization. But, think that this will change?

During the election campaign the magnate has promised Americans revitalize national industry and employment, according to their judgment, are due to the unfair international competition (mostly Chinese and Mexican) which predicts that the U.S. does not go to play a leadership role in the global economy. Let us not forget that United States has spent years paying increasingly less attention to international affairs and trying to reduce their spending on foreign policy to guard against what the British historian Paul Kennedy called as Imperial overstretch * (“imperial overload”), theory holding that empires that have kept too many fronts open abroad have arrived to the collapse and bankruptcy.

What is undeniable is that the international community, and many of our businesses, await the media and controversial candidate to take step to the figure of us President EE. UU. By without interest in making sacrifices in favor of resolving global economic challenges, internal is therefore very likely that new trade agreements such as the TPP with Asia and with the European Union TTIP standstill .

As explained by the director-general of CONFEBASK  Eduardo  Aréchaga, DV «one thing is the campaign and another very different governance. » The real danger of the ‘mystery Trump’, says, is that “we are talking about the first world power, of someone who manages global economic Board». «Anyone interested in an international trade war, and United States also has very powerful exporters’. »

On the other hand, the Minister of Basque Economic Development , Arantza Tapia , has pointed out in relation to Trump that ‘ it is not owner of an empire, it is not an imperial power “and” must rely on the deeply institutionalized democracy», calling for calm to the productive fabric of Euskadi.

It is true, that although it is too early to know the consequences of its economic policy, whose program is still little concrete and, at times, contradictory, yes you can guess which sectors and companies and sectors might be harmed or favored.

Broadly, the plans of Trump intended to boost infrastructures,  supporting conventional energies and the steel. Globally is expected that its protectionist policy and its refusal to sign international trade agreements damage, via tariffs and higher costs, companies that export to the United States.

What appears to be positive are the plans of Trump of reduce the corporation tax from 35% to 15% , which will favour fiscally Spanish companies with a presence in the United States.

In the same way, it is expected that Trump follow the investment plan approved by Obama to promote the renewal of infrastructure including the improvement of the rail network. And should carry out such renovations, to Basque companies related to the sector (CAF and other auxiliary enterprises), USA it seems that it will remain an attractive country.

On the opposite side, the rejection of the Tycoon to policies that reduce climate change and the consequent lack of interest in renewables,  could affect several of our companies in the sector.  Although short term we are confident, there are many who look restless to Tycoon in a moment in which Basque Country boasts 22 sector companies in the market, 14% Gamesa orders this year are concentrated in the United States and Siemens is the third largest productor of turbines in the country.

And finally, when speaking of the automotive, we have the two sides of the coin for our companies. Recent statements by the President on the investments of the American manufacturer Ford, augur a future promising to Basque companies implanted in the market, but cannot look at the Aztec country. Since it is in Mexico where  much of American industry suppliers and where many of our manufacturers of components for automotive industry and auxiliary industry have also both plants productive as supply centers.

New President wants to toughen or even do away with the free trade treaty with Mexico that has become a key country to produce cars at a competitive cost for export to the neighboring country.  Who in this regard, the director-general of  Confebask Eduardo Arechaga seems to recommend calm and prudence “is difficult to make a sudden turn, will have to see this roadmap arising in the medium term”.

In a globalized world in which the competitiveness of companies and the increase in its value added is based on the momentum of the  internationalization among others the  Tycoon hardly mentions this concept and is based primarily on protectionist actions which although possibly give returns in the short term and satisfy his voters, creates an atmosphere of uncertainty in the medium and long term not only at international level but for its own economy.  Not to mention the posture that can take before countries like Iran, China, or even Europe. Would be based the strength of an economy on the threat of imposing tariffs? or simply in large infrastructure projects? and will have to see the response the rest of the world to protectionist measures that possibly new President implements would react the international community pay with the same currency and closing borders to the Americans? many questions and few answers.

It is true that U.S. will continue fulfilling the American dream that are implanted in the market and companies that address the needs of those sectors that Trump seeks to favor.  But there is no doubt that uncertainty is the dominant feeling, to which both companies implanted in the United States, as that exported to the American market from home or from its Mexican plants must continue working, collaborating and to innovate. We have to start preparing ourselves while we wait to see the real direction in which charge the words marketinianas Tycoon or maybe Adam Laxalt  known as “the Basque connection” know more.

* Might Washington, like Rome, fall victim to imperial overstretch? Could military force abroad eventually have to be withdrawn because of bankruptcy at home? Might the whole idea of America eventually be challenged and destroyed by some charismatic new faith: some fundamentalist variant on Christianity? Or will nature disrupt America’s new world order? ”