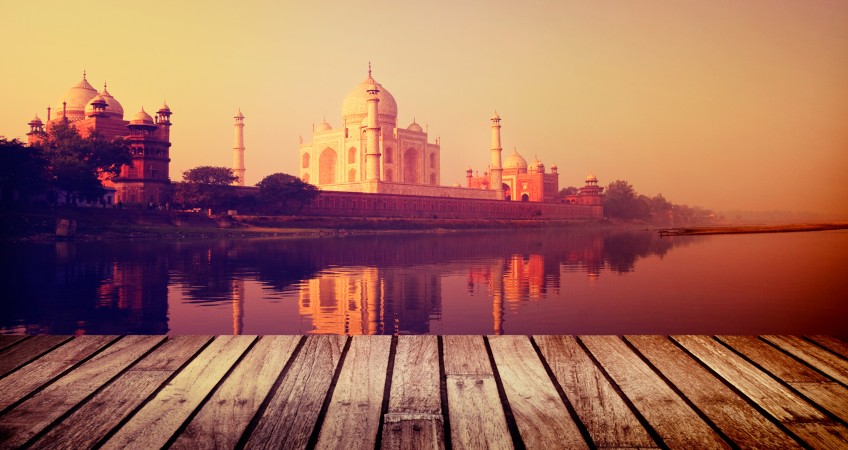 Taking advantage of the recent trip made by a team of students and teachers of  Deusto Business School to the Asian country to analyze the opportunities afforded by this “great unknown” to our companies.

India, is the country that captivates companies seeking to implant in the wide market of Middle East, Southeast Asia and West Africa.  And India is not only an exotic country that attracts intrepid travelers;  but that is becoming in the target country of Basque businesses.  Today more than 60 commercial and productive companies have their plants installed in India, argument that reinforces the objective of many  our companies.

India is the second most populous country in the world behind China with more than 1300 million inhabitants.  And, although according to the IMF, the country is situated in a competitive position with a GDP growth of 7.3 per cent, since last year, we could also assign to companies that decide to implant the adjective of intrepid in the Asian giant. The introduction to a new market is always a step that must be analyzed carefully and India involves also other additional variables.

Despite its impressive economic growth in recent decades, India still contains the greatest concentration of poor people in the world. According to the IMF, it is expected that “from 2007 to 2020, the per capita GDP of India will quadruple,” and that the India GDP will surpass that of the United States before 2050, but we must not forget that the India “will remain a low-income country for several decades ”, with income per capita well below its other BRIC peers.”

And according to the World Bank the most important priorities for the Indian Government should be the reform of the public sector, the construction of infrastructure and the agricultural and rural development among others.

It is sectors where Basque companies have experience and ability to enter this market with big growth prospects.

And businesses such as Jaso and CIE Automotive already have managed to not only benefit from the competitive advantage provided by the establishment in India they have been able to integrate perfectly, with many successful projects behind them, both locally and in other Middle East countries.

Points we’ll briefly discuss the benefits to the local economy and the location in the heart of Asia bring to our companies.

The rapid growth of  India requires infrastructure to grow with it, so that the Basque companies play and could in the future play a role in this growth. The main activities of Basque companies are infrastructures and tool machines, sectors in which India is most interested. The first Basque sector in India is the automotive industry, followed by machine tools and accessories and electrical equipment.

On the other hand, let’s not forget that India is one of the first worldwide exporters of software and computer services, giving rise to interactions and business collaborations between both economies.

With all of this, many Basque companies including companies such as CIE Automotive and Gamesa, have taken advantage of these opportunities to invest in local projects. But we can also find other smaller companies such as KortaJaso, Ingeteam , Kide, etc.

The establishment of a company in India not only limits it to that market, they open the borders to the Middle East, Southeast Asia and West Africa; reducing the costs of transportation of goods, labour and technology. Not to mention the cultural barrier. India is made up of many very different between regions. The knowledge of the culture and the way of doing business are fundamental in order to enter the country successfully.

The Government of India is based on the model of British Parliament, known locally as the central Government of the union chaired by Pranab Mukherjee from the 2012. So it is a democratic Government that currently allows a climate of stability when it comes to doing business.

One of the features of  India is that all the workers of the enterprises have knowledge of English, factor that facilitates immersion in their culture and overcome such a barrier.

India is popular for its strict training especially to engineers. About 32 per cent of NASA employees, 34% of Microsoft and 28% of IBM are Indians leaving latent appreciation internationally. Basque industrial companies could take advantage of the great potential of these engineers to create and develop new ideas or business projects.

Finally, note that  India is a country with a society opened to the opportunities that offered international markets and accustomed to business collaboration.  And whose culture, as it is the case in the majority of Asian countries, is characterized by the great sense of hospitality.