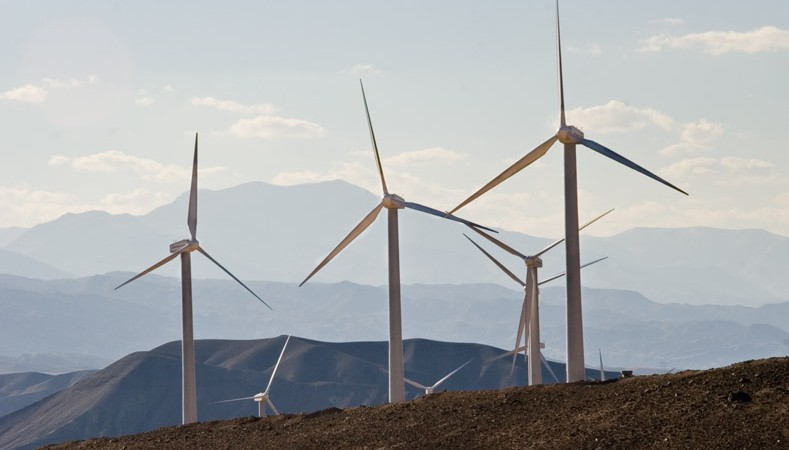 Most of the time, talk of investment in Iran is centered on its oil and gas sector. And yes, it is true that the country has one of the highest world reserves and prepares to rejoin the market this year but did you know that Iran is also preparing to take important steps regarding renewable energies?

SUNA’s (Renewable Energy Organization of Iran) Mostafa Rabie suggests, “Iran can supply over two-thirds of its energy through wind power. The long-term policy within the next decade is to supply over 50% of required energy through renewable energy sources.”

However, both SUNA and the ministry note that investment in the sector is absolutely necessary before any of these goals can be achieved.

“To reach the required renewable capacity of 5000 megawatts, will take $10 billion worth of investments, turning project financing in a key factor. To meet the challenge, Iran aims to attract external funding to facilitate investments in the country. Currently, more than 19 projects that require more than 1.5 billion dollars have been proposed” said Mr. Mostafa Rabie.

And, what is the development level and the potential of the renewable energy sector in Iran?

And, despite having the fourth and the second largest oil and gas reserves, respectively, in the world, renewable energy sources are crucial for the diversification of the country’s energy sector. The Iranian government already has a project in the works: the 6th Development Plan. The plan lays the groundwork for installations of about 4,500 megawatts of wind energy and 500 megawatts of solar energy capacity, and as much as 15 GW of energy capacity installations are being considered by the national Renewable Energy Organization.

What countries are already in full swing towards Persian land?

Iran already has a few parties interested in the renewable sector, and, as expected, Denmark is one of them. Danish Minister of Foreign Affairs Kristian Jensen, who visited Tehran recently with a delegation of more than 58 companies, expressed that exports from Denmark to Iran could increase by as much as US $ 72 billion once the sanctions are lifted.

But Danish companies already have a presence in Iran. Saba Niroo (officially established in late 2003 by the Ministry of Energy, Industry and Mines) is a company created to design, develop and manufacture medium and large wind turbines. It’s the first manufacturer of wind turbines in Iran and the Middle East. However, the Iranian company presents its products under the supervision of Vestas Wind System Co. who has an R & D center in the country.

The Minister of Energy, Hamid Chitchian, after meeting with Denmark’s Foreign Affairs Minister, communicated that the country has already proposed the plans to build a wind turbine installation in Iran. “Some of the Danish companies present at the meeting have already announced their willingness to invest in wind turbine manufacturing plants in Iran to build and market their products in and out of the country” said Hamid Chitchian.

MAPA’S President Abbas Aliabadi has repeatedly stated the determination of the group to start a new round of cooperation with international companies. “Mapna aims to have a stronger presence in global markets and offer more efficient solutions through new joint ventures and companies such as TUGA Franco Tosi Meccanica “, who also noted that negotiations are underway with Siemens to manufacture wind turbines for a potential 300 MW project.

So these projects will also find competition from German companies that are also looking to establish their presence in the region. Even though in our case, and according to reports published recently, we do not know yet whether Siemens will remain as a regional competitor for the Basque companies or will become a strategic partner. Nevertheless, the German company has already signed an agreement to invest in Iran’s railways, and intends to supply the country with wind turbine equipment as mentioned by Aliabadi (MAPNA).

India is another country ready to move into Iran’s energy sector and proof of this is that Indian Suzlon Energy, a leading global wind turbine supplier, has publicly expressed interest in building wind farms in a post-sanctions Iran.

And in this race for projects, the Basque companies, beside other national construction, energy and telecommunications companies have already reached Persian lands. It was last year when the Spanish delegation led by Minister of Foreign Affairs, Manuel García-Margallo, accompanied by the Minister of Development, Ana Pastor, and Minister of Industry and Energy, José Manuel Soria visited the country.

Large sails or blades have the advantage for downwind sailing, but in this case it also means responsibility. Responsibility to continue extending a rope to those who accompany them on the trip. Our companies have already led by example sharing their successes with their suppliers and extending their invitation for joint international growth strategies. Pulling power, drives the local supplier base, and supports the development in those countries where our companies have industrial and commercial operations. Their effort, involvement and contribution have been instrumental in the creation and growth of the Basque renewable energy companies’ network and an internationally recognized industry.

And finally, only time will tell how many of these projects will start turning. I am convinced that with our companies’ experience and expertise in the industry and in a variety of global markets; with institutional support; an adequate network of relationships and contacts in a country with a complicated net of influences (“Iran still has high levels of bureaucracy and of political interference”) and offering the country what the Ministry of Energy is asking for – financial support and investors that facilitate the achievement of the projects- Iranian wind will end up blowing towards colorfully branded mills.